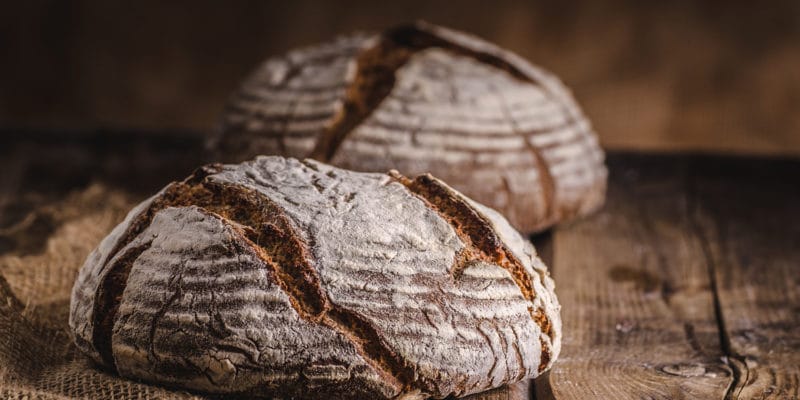 I love baking, and I feel this is the perfect time to bake with different flour.  Most bread recipes contain wheat flour, very few bakers use the rye flour when making bread. Also, the Rye bread is quite foreign to most people, because it probably was never baked at their homes or they do not know how to perfectly combine the recipes. Sourdough rye bread tastes better when prepared with the right recipes, and it is actually healthier using rye for your bread. Aside from its taste, It is very nutritional and keeps my heart healthy. I will be showing you the complete recipe for my sourdough rye bread in this article.

Baking bread with only rye flour can be a little crumby, this is why combining it with wheat flour which contains gluten is best.

Also, with rye flour, you have to be careful when kneading the dough, so you don’t overwork it. I love rye bread when it’s combined with a little of the wheat flour, it gives a perfect taste and texture. This recipe will be 60% rye flour and 40% wheat flour to get the perfect sourdough rye bread.

You can decide to use 100% rye flour, it all depends on your choice. However, if you desire the perfect taste and texture, then it’s best you use this recipe.

Let’s take a look at how to prepare the dough, bulk fermentation, and baking. Then, a complete recipe with all ingredients listed.

I’m using my wheat starter, coaxed with rye, however, if you want to create a rye sourdough starter you can do this following the same process. Mix all ingredients together without salt, then allow to rest for an hour. Then, add salt to it. Stretch and fold.

A warm environment is suitable for this. A 78ºF/25ºC temperature is perfect. You can place the dough in the oven, while the lamp is lit. Ensure extreme care so it doesn’t become too hot. Open the lid frequently and check the temperature using a thermometer. The dough should ferment in 4 hours.

Several factors can affect the duration of the final rise. For instance, the starter strength and surrounding temperature can play a major role. You can either ferment it in the refrigerator or at room temperature, it all depends on your choice. It’s tastier when fermented in cold temperature but consumes more time than when it’s in room temperature. Room temperature is best if you don’t want the end taste of your bread to be too sour.

There is no fixed time for the final rise because a lot of factors influence it. My advice is to observe the dough, touch it. This procedure is called the finger-like test.

The oven should be preheated at 480ºF / 250ºC. You can make use of a Dutch oven for this. An oven sheet is also okay for baking. The loaf should be scored before baking so you don’t end up with a bread that you dislike. When baking bread, use steam in your oven. Steam gives the crust a desirable and pleasant color, it also prevents the surface from drying out. The sourdough rye bread should be in the oven for 35 minutes. During the last 10 to 15 minutes, the heat should be reduced. 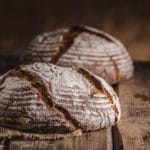 Nutritional benefits of the sourdough rye bread I stated in the first paragraph of this article that the rye bread is very nutritional and healthy for our bodies which is the reason I frequently bake it.  If you would like to know some of its nutritional and health benefits then the next few points listed below will interest you. The sourdough rye bread can be your perfect meal for breakfast, tasty and highly nutritious.
Sourdough for Beginners
Making Bread in a Dutch Oven 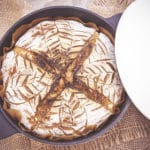 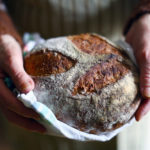 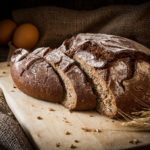